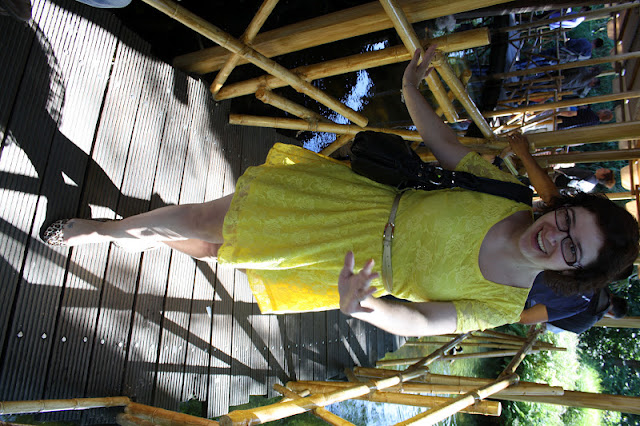 Last weekend we went on a trip to my favourite amusement park: the Efteling in the Netherlands. My mum lives near the border so it's only a short car ride away, which is why I grew up with it. We went every year, and I still like to keep that tradition. Since a couple of years though, the park is open in Winter as well, which makes for an entirely different experience with fake snow, Christmas market stalls, twinkling lights everywhere, carolers and big bonfires. I think the park is way more beautiful than Disneyland Paris or Phantasialand (Germany), and it's the place where I always feel happiest. Which is why you can see me here dancing in the waiting line of a ride. 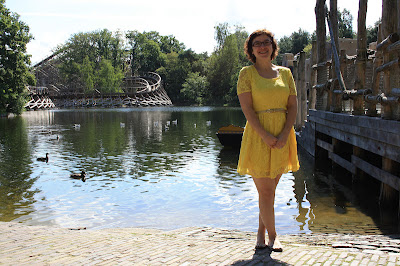 The park is not too big, as you can definitely do most of the attractions in one day, but it's still a lot of walking around, so I opted for sensible shoes. These satin leopard print flats still needed saving, so voilà! Throw on a casual (lace) dress in a bold colour and a gold belt, and you're (or at least I am) all set to go. 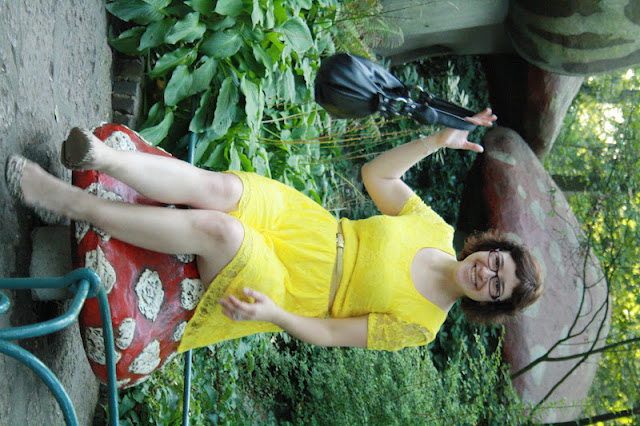 You haven't really been to the Efteling without having your picture taken on one of the musical toadstools (they play Bach) in Sprookjesbos, it's tradition! I was already getting up here, so this year's photo isn't the best one ever, but still, look at how happy I am! 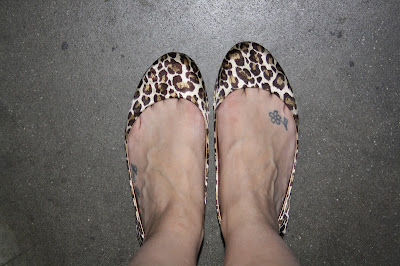 At the end of the day, my feet still hurt like crazy, but it was such a fun time to be spending with my friends, we had an absolute blast. And we already made plans to go back next Winter... 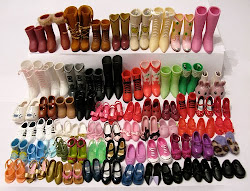 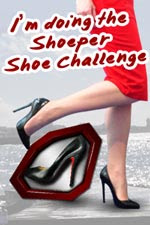 Hooked on Shoes
Belgium
100 pairs of gorgeous shoes, in spite of better judgement and an unhappy bank account. Have started a shoe challenge, as well as a shoe detox: no more shopping! (edit: detox not going very well... I'm weak!)